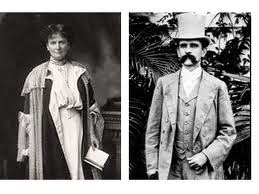 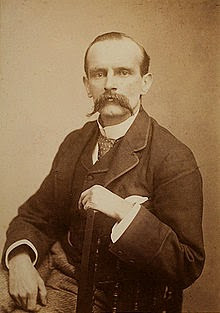 Lugard was born in Madras (now Chennai) in India, but was raised in Worcester, England. He was the son of the Reverend F. G. Lugard, a British Army Chaplain at Madras, and Mary Howard (1819–1865), the youngest daughter of Reverend John Garton Howard (1786–1862), a younger son of Yorkshire landed gentry. Lugard was educated at Rossall School and the Royal Military College, Sandhurst.

Lugard was commissioned into the 9th Foot (East Norfolk Regiment) in 1878, joining the second battalion in India, and serving in the following campaigns:
In May 1888, Lugard took command of an expedition organized by the British settlers in Nyasaland against Arab slave traders on Lake Nyasa and was severely wounded.

After he left Nyasaland in April 1889, Lugard joined the Imperial British East Africa Company. In their service, he explored the Sabaki river and the neighbouring region, in addition to elaborating a scheme for the emancipation of the slaves held by Arabs in the Zanzibar mainland. In 1890, Lugard was sent by the company to Uganda, where he secured British predominance of the area and put an end to the civil disturbances. The efforts came with severe fighting, chiefly notable for an unprovoked attack by the French on the British faction. After the successful efforts to end disturbances, Lugard became Military Administrator of Uganda from 26 December 1890 to May 1892. While administering Uganda, he journeyed round Ruwenzori to Albert Edward Nyanza, mapping a large area of the country. He also visited Albert Nyanza, and brought away some thousands of Sudanese who had been left there by Emin Pasha and H. M. Stanley during the Emin Pasha Relief Expedition.

When Lugard returned to England in 1892, he successfully dissuaded Prime Minister William Ewart Gladstone and his cabinet from abandoning Uganda. In 1894, Lugard was despatched by the Royal Niger Company to Borgu, where he secured treaties with the kings and chiefs acknowledging the sovereignty of the British company, while distancing the other colonial powers that were there. From 1896 to 1897, Lugard took charge of an expedition to Lake Ngami on behalf of the British West Charterland Company. From Ngami he was recalled by the British government and sent to West Africa, where he was commissioned to raise a native force to protect British interests in the hinterland of the Lagos Colony and Nigeria against French aggression. In August 1897, Lugard organized the West African Frontier Force, and commanded it until the end of December 1899, when the disputes with France were composed.

After he relinquished command of the West African Frontier Force, Lugard was made High Commissioner of the Protectorate of Northern Nigeria in 1900, a position he held until 1906 and for which he was knighted in 1901. At that time, the portion of Northern Nigeria under effective control was small, and Lugard’s task in organizing this vast territory was made more difficult by the refusal of the sultan of Sokoto and many other Fula princes to fulfil their treaty obligations.

In 1903, British control over the whole protectorate was made possible by a successful campaign against the emir of Kano and the sultan of Sokoto. By the time Lugard resigned as commissioner, the entire Nigeria was being peacefully administered under the supervision of British residents. There were however uprisings that were brutally put down by Lugard’s troops. A Mahdi rebellion in 1906 at the Satiru, a village near Sokoto resulted in the total destruction of the town with huge numbers of casualties.

About a year after he resigned as High Commissioner of the Protectorate of Northern Nigeria, Lugard was appointed as Governor of Hong Kong,[1] a position he held until March 1912. During his tenure, Lugard proposed to return Weihaiwei to the Chinese government, in return for the ceding of the rented New Territories in perpetuity. However, the proposal received less than warm receptions, and it was not acted upon. Some believed that if the proposal was acted on, Hong Kong might forever remain in British hands.

Lugard’s chief interest was education, and he was largely remembered for his efforts to the founding of the University of Hong Kong in 1911, of which he became the First Chancellor, despite the cold receptions from the imperial Colonial Office and most local British companies, such as the Hong Kong and Shanghai Banking Corporation. The Colonial Office called the idea of a university “Sir Frederick’s pet lamb”.[2] In fact, Lugard’s idea was to create a citadel of higher education which could serve as the foremost bearer of Western culture in the Orient. Whether or not this lofty idea had entirely succeeded, the university has grown from strength to strength to attain the highest reputation in the region.

In 1912, Lugard returned to Nigeria as Governor of the two protectorates. His main mission was to complete the amalgamation into one colony. Although controversial in Lagos, where it was opposed by a large section of the political class and the media, the amalgamation did not arouse passion in the rest of the country. From 1914 to 1919, Lugard was made Governor General of the now combined Colony of Nigeria. Throughout his tenure, Lugard sought strenuously to secure the amelioration of the condition of the native people, among other means by the exclusion, wherever possible, of alcoholic liquors, and by the suppression of slave raiding and slavery. Lugard, ably assisted by his wife Flora Shaw, concocted a legend which warped understanding of him, Nigeria, and colonialism for decades. The revenue that allowed state development (harbours, railways, hospitals) in Southern Nigeria came largely from taxes on imported alcohol. In Northern Nigeria that tax was absent and development projects far fewer. In Northern Nigeria Lugard permitted slavery within traditional elite families. He loathed the educated and sophisticated Africans of the coastal regions, ran the country with 50% of each year spent in England (where he could promote himself and was distant from realities in Africa where subordinates had to delay decisions on many matters until he returned), and based his rule on a military system – unlike William MacGregor, a doctor turned governor, who mixed with all ranks of people and listened to what was wanted.[3] Lugard, who opposed “native education” later became involved in Hong Kong University, and that Lugard who disliked traders and businessmen, became a director of a bank active in Nigeria are strange aspects of the man and the myth.

From 1922 to 1936 he was British representative on the League of Nations’ Permanent Mandates Commission. Lugard’s The Dual Mandate in British Tropical Africa was published in 1922. It discusses indirect rule in colonial Africa. In this work, Lugard outlined the reasons and methods that he recommended for the colonisation of Africa by Britain. Some of his justifications included spreading Christianity and ending barbarism. He also saw state-sponsored colonisation as a way to protect missionaries, local chiefs, and local people from each other as well as from foreign powers. Also, for Lugard, it was vital that Britain gain control of unclaimed areas before Germany, Portugal, or France claimed the land and its resources for themselves. He realised that there were vast profits to be made through the exporting of resources like rubber and through taxation of native populations, as well as importers and exporters. In addition, these resources and inexpensive native labour (slavery having been outlawed by Britain in 1834) would provide vital fuel for the industrial revolution in resource-depleted Britain as well as monies for public works projects. Finally, Lugard reasoned that colonisation had become a fad and that in order to remain a super power, Britain would need to hold colonies in order to avoid appearing weak.

Lugard pushed for native rule in African colonies. He reasoned that black Africans were very different from white Europeans. He did speculate about the admixture of Aryan or Hamitic blood arising from the advent of Islam amongst the Hausa and Fulani.[4] He considered that natives should act as a sort of middle manager in colonial governance. This would avoid revolt because, as Lugard believed, the people of Africa would be more likely to follow someone who looked like them, spoke their languages, and shared their customs.

Olufemi Taiwo argues that in fact Lugard blocked qualified Africans educated in Britain from playing an active role in the development of the country, preferring to advance prominent Hausa and Fulani leaders from traditional structures.[5]

Lugard was appointed a Companion of the Order of the Bath (CB) in 1895. He was knighted as a Knight Commander of the Order of St Michael and St George (KCMG) in 1901[6] and raised to a Knight Grand Cross (GCMG) in 1911. He was appointed to the Privy Council, entitling him to style himself “The Right Honourable”, in the 1920 New Year Honours.[7] In 1928 he was further honoured when he was elevated to the peerage as Baron Lugard, of Abinger in the County of Surrey.[8]

Lord Lugard married Flora Louisa, daughter of Major-General George Shaw, in 1902. She was a journalist and writer for The Times. There were no children from the marriage. Flora died in January 1929. Lord Lugard survived her by sixteen years and died on 11 April 1945, aged 87. As he was childless the barony died with him.

In 1893, Lugard published The Rise of our East African Empire, which was partially an autobiography. Also, Lugard was the author of various valuable reports on Northern Nigeria issued by the Colonial Office.
The Dual Mandate in British Tropical Africa, 1926.

“the typical African … is a happy, thriftless, excitable person, lacking in self control, discipline and foresight, naturally courageous, and naturally courteous and polite, full of personal vanity, with little sense of veracity …in brief , the virtues and defects of this race-type are those of attractive children.”[9]

Places named after him