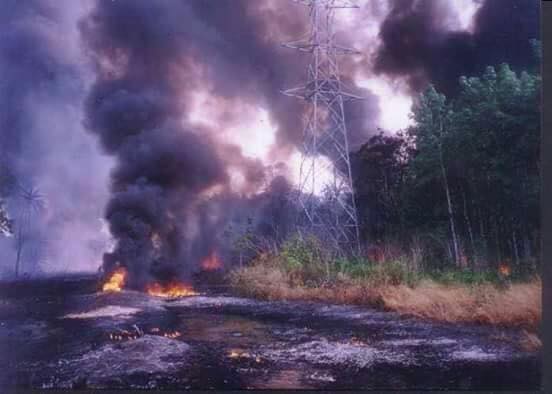 Biafrans have been reacting to the bombardment of their land, which is currently being carried out by Nigerian armed forces that struck on Wednesday, June 17 2015, with an air, land and sea bombardment of Calabar villages in Cross River State.
The Biafra Times investigation revealed that many innocent civilians, women and children, who were going about their normal, daily businesses, have been killed in the scotched-earth bombardment by Nigerian forces under the guise of fighting kidnappers.
Reports showed that the order for the scotched earth bombardment was given by Air Vice-Marshall Adeola Amosu of the Nigerian Airforce, who was leading the attack.
Biafrans react 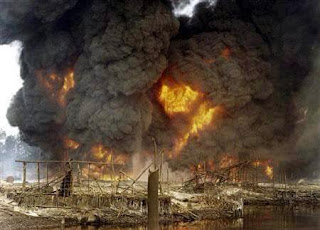 Biafrans have been condemning the three days bombardment as scores are being killed who knew nothing about kidnapping and kidnappers. For this reason, many Biafrans are taking the attack, not only as a scotched-earth action; not only as a provocative act against Calabar people in particular and the entire Biafrans in general; but also as a declaration of war on Biafra and its people.
A cross section of callers during Radio Biafra broadcast of Friday, June 19, condemned the action and called on all Biafrans to stand up behind their brothers, the Cross River State people.
Nnamdi Kanu, who is the leader of Biafra and commander of her forces, who was anchoring the broadcast, said he was cutting short his tour of some countries of the world, where he hoped to obtain their support, to get back home within days.
He told listeners that he would be on ground to command the forces against Nigeria. He told Biafran volunteer soldiers on ground in Biafraland to be on red alert as he was coming back to lead them in battle.
He argued that Boko Haram has been bombing killing and taking territories from Nigeria and that Muhammadu Buhari (who he calls a terrorist and pedophile) has not found it expedient to bomb them. Kanu then wondered why Buhari would send his soldiers to one of the most peaceful parts of Biafraland – Calabar – to perpetrate his bombing evil.
Yoruba betrayal
On another plank, Kanu considered it another act of betrayal of Southern brotherhood by Yoruba people, as a Yoruba man leads the battle in the murder of innocent Biafrans, children and women inclusive. 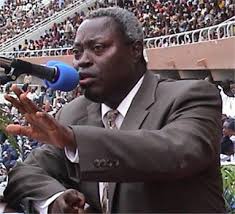 He used the opportunity to give the order that the leader of Deeper Christian Life Ministries, William Kumuyi, who was preparing to hold a crusade in Aba, Abia State, must be stopped. The crusade is to hold on Tuesday, June 30, but Kanu ordered Biafrans to remove all his posters found anywhere in Biafraland. He said the crusade would never hold, unless the preacher condemns the act by the Nigerian forces being led by his fellow Yoruba man.
Kanu advised Kumuyi to go to Yorubaland to preach to his people, whose population he said was half Muslim, and that his preaching was not needed in Biafraland where there are 100 per cent Christians.
British government 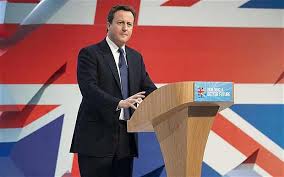 Kanu also took time to tell his audience that he was not surprised that the bombardment was coming few weeks after Britain sent its top military officers to debrief Nigerian forces. He told the world to take note that British government has started with its shenanigans in Biafraland once again. He reminded the world how British government aided Nigeria from 1967 to 1970, to perpetrate a genocide in Biafraland in which more than four million Biafrans died.
He therefore told the world to restrain the British government from meddling in the affairs of Biafrans by using its Nigerian stooges to destroy Biafran lives. He told the British that Biafran ancestors committed no offence by welcoming them into their lands with open arms.
Facebook
Twitter
LinkedIn
PrevPreviousThe children of the Most High Aba will never forget 30 May 2015 the heroes day
NextKingdom of Biafra: A People BetrayedNext