British Gov support: On 27 May 1967, Gowon proclaimed the division of Nigeria into twelve states 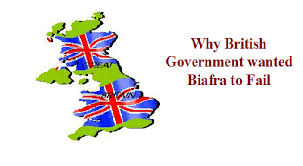 From June through October 1966, pogroms in the North killed tens of thousands of Igbos and caused millions to flee to the Eastern Region. 29 September 1966, was considered the worst day.

Ethnomusicologist Charles Keil, who was visiting Nigeria in 1966, recounted:

The pogroms I witnessed in Makurdi, Nigeria (late Sept. 1966) were foreshadowed by months of intensive anti-Ibo and anti-Eastern conversations among Tiv, Idoma, Hausa and other Northerners resident in Makurdi, and, fitting a pattern replicated in city after city, the massacres were led by the Nigerian army. Before, during and after the slaughter, Col. Gowan could be heard over the radio issuing ‘guarantees of safety’ to all Easterners, all citizens of Nigeria, but the intent of the soldiers, the only power that counts in Nigeria now or then, was painfully clear. After counting the disemboweled bodies along the Makurdi road I was escorted back to the city by soldiers who apologized for the stench and explained politely that they were doing me and the world a great favor by eliminating Ibos.

The Federal Military Government also laid the groundwork for the blockade of the Eastern Region which would go into full effect in 1967.

On 27 May 1967, Gowon proclaimed the division of Nigeria into twelve states. This decree carved the Eastern Region in three parts: South Eastern State, Rivers State, and East Central State. Now the Igbos, concentrated in the East Central State, would lose control over most of the petroleum, located in the other two areas.

On 30 May 1967, Ojukwu declared independence of the Republic of Biafra.

The Federal Military Government immediately placed an embargo on all shipping to and from Biafra—but not on oil tankers. Biafra quickly moved to collect oil royalties from oil companies doing business within its borders. When Shell-BP acquiesced to this request at the end of June, the Federal Government extended its blockade to include oil. The blockade, which most foreign actors accepted, played a decisive role in putting Biafra at a disadvantage from the beginning of the war.

Although the very young nation had a chronic shortage of weapons to go to war, it was determined to defend itself. Although there was much sympathy in Europe and elsewhere, only five countries (Tanzania, Gabon, Côte d’Ivoire, Zambia and Haiti) officially recognised the new republic. Britain supplied amounts of heavy weapons and ammunition to the Nigerian side because of its desire to preserve the country it created. The Biafra side on the other hand found it difficult to purchase arms as the countries who supported it did not provide arms and ammunition. The heavy supply of weapons by Britain was the biggest factor in determining the outcome of the war.

Several peace accords, especially the one held at Aburi, Ghana (the Aburi Accord), collapsed and the shooting war soon followed. Ojukwu managed at Aburi to get agreement to a confederation for Nigeria, rather than a federation. He was warned by his advisers that this reflected a failure of Gowon to understand the difference and, that being the case, predicted that it would be reneged upon. When this happened, Ojukwu regarded it as both a failure by Gowon to keep to the spirit of the Aburi agreement, and lack of integrity on the side of the Nigerian Military Government in the negotiations toward a united Nigeria. Gowon’s advisers, to the contrary, felt that he had enacted as much as was politically feasible in fulfillment of the spirit of Aburi. The Eastern Region was very ill equipped for war, outmanned and outgunned by the Nigerians. Their advantages included fighting in their homeland, support of most Easterners, determination, and use of limited resources. 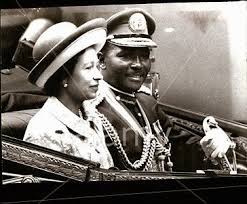 Shortly after extending its blockade to include oil, the Nigerian government launched a “police action” to retake the secessionist territory.[62] The war began on 6 July 1967 when Nigerian Federal troops advanced in two columns into Biafra. The Nigerian Army offensive was through the north of Biafra led by Colonel Mohammed Shuwa and the local military units were formed as the 1st Infantry Division. The division was led mostly by northern officers. After facing unexpectedly fierce resistance and high casualties, the right-hand Nigerian column advanced on the town of Nsukka which fell on 14 July, while the left-hand column made for Garkem, which was captured on 12 July. At this stage of the war, the other regions of Nigeria (the West and Mid-West) still considered the war as a confrontation between the north (mainly Hausas) against the east (mainly Igbos).

The Biafrans responded with an offensive of their own when, on 9 August, the Biafran forces moved west into the Mid-Western Nigerian region across the Niger river, passing through Benin City, until they were stopped at Ore (in present day Ondo State) just over the state boundary on 21 August, just 130 miles east of the Nigerian capital of Lagos. The Biafran attack was led by Lt. Col. Banjo, a Yoruba, with the Biafran rank of brigadier. The attack met little resistance and the Mid-West was easily taken over.

Flag of the Republic of Benin.
This was due to the pre-secession arrangement that all soldiers should return to their regions to stop the spate of killings, in which Igbo soldiers had been major victims. The Nigerian soldiers that were supposed to defend the Mid-West state were mostly Mid-West Igbo and while some were in touch with their eastern counterparts, others resisted. General Gowon responded by asking Colonel Murtala Mohammed (who later became head of state in 1975) to form another division (the 2nd Infantry Division) to expel the Biafrans from the Mid-West, as well as defend the West side and attack Biafra from the West as well. As Nigerian forces retook the Mid-West, the Biafran military administrator declared the Republic of Benin on 19 September, though it ceased to exist the next day. (The present country of Benin, west of Nigeria, was still named Dahomey at that time.)

Although Benin City was retaken by the Nigerians on 22 September, the Biafrans succeeded in their primary objective by tying down as many Nigerian Federal troops as they could. Gen. Gowon also launched an offensive into Biafra south from the Niger Delta to the riverine area using the bulk of the Lagos Garrison command under Colonel Benjamin Adekunle (called the Black Scorpion) to form the 3rd Infantry Division (which was later renamed as the 3rd Marine Commando). As the war continued, the Nigerian Army recruited amongst a wider area, including the Yoruba, Itshekiri, Urhobo, Edo, Ijaw, etc. 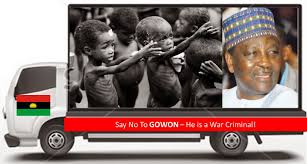 Four battalions of the Nigerian 2nd Infantry Division were needed to drive the Biafrans back and eliminate their territorial gains made during the offensive. Nigerian soldiers under Murtala Mohammed carried out a mass killing of 700 civilians when they captured Asaba on the River Niger. The Nigerians were repulsed three times as they attempted to cross the River Niger during October, resulting in the loss of thousands of troops, dozens of tanks and equipment. The first attempt by the 2nd Infantry Division on 12 October to cross the Niger from the town of Asaba to the Biafran city of Onitsha cost the Nigerian Federal Army over 5,000 soldiers killed, wounded, captured or missing. Operation Tiger Claw (17–20 October 1967) was a military conflict between Nigerian and Biafran military forces. On 17 October 1967 Nigerians invaded Calabar led by the “Black Scorpion”, Benjamin Adekunle while the Biafrans were led by Col. Ogbu Ogi, who was responsible for controlling the area between Calabar and Opobo, and Lynn Garrison a foreign mercenary. The Biafrans came under immediate fire from the water and the air. For the next two days Biafran stations and military supplies were bombarded by the Nigerian air force. That same day Lynn Garrison reached Calabar but came under immediate fire by federal troops. By 20 October, Garrison’s forces withdrew from the battle while Col. Ogi officially surrendered to Gen. Adekunle.

Control over petroleum in the Biafra land was a paramount military objective during the war.
Towards the end of July 1967 Nigeria captured Bonny Island in the Biafra land, thereby taking control of vital Shell-BP facilities. Operations began again in May 1968, when Nigeria captured Port Harcourt. Its facilities had been damaged and needed repair. Production and export continued at a lower level. The completion in 1969 of a new terminal at Forçados brought production up from 142,000 barrels/day in 1958 to 540,000 barrels/day in 1969. In 1970, this figure doubled to 1,080,000 barrels/day. The royalties enabled Nigeria to buy more weapons, hire mercenaries, etc. Biafra proved unable to compete on this economic level.

Facebook
Twitter
LinkedIn
PrevPreviousTHE UNLAWFUL ARREST OF THE LEADER OF THE INDIGENOUS PEOPLE OF BIAFRA BY NIGERIA GOV
NextBiafra: Red Alert, Biafra Millions March on the 06-11-2015Next