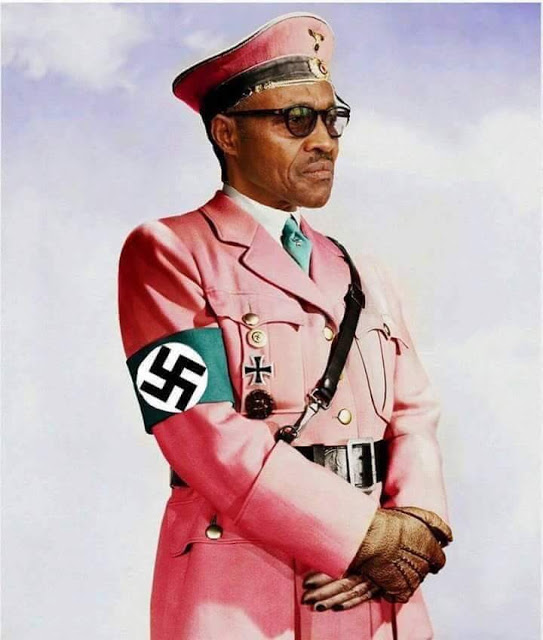 IPOB PRESS RELEASE
It is important we let every politician in Nigeria who doubt our resolve or feel that IPOB will bulge in its determination to boycott every election in Biafraland come 2019, to understand that they are dreaming. Elections in Nigeria has never benefited the common man since 1963. The age-long manipulation of Southerners by the ruling Fulani caliphate in every election since 1963 in Nigeria is a strategy that has repeatedly occurred and cannot be reversed unless we take the bull by the horn and stop the entire voting process in every election until our demand for a referendum is acceded to.
Only a person diagnosed with psychiatric illness will contemplate voting in any elections under the present climate of totalitarianism. The humiliating disregard for constitutional protocol by the Buhari regime and his party APC, with reference to the ongoing treatment of lawmakers and senior officers of the legislature by the Fulani controlled police, military and SSS, confirms what we have been saying all along, that in Nigeria your PVC is worse than useless.
There is no difference between this Buhari regime and any other brutal anti-democratic dictatorship that got into office through the ballot box. The single feature they all share is that they all got into office via a democratic means but predictably march on to emasculate every dissenting voice through terror, blackmail and intimidation.
IPOB has been calling for total boycott of elections since early 2015 when our leader Mazi Nnamdi Kanu saw what most people couldn’t have foreseen in their lifetime that Nigeria is irredeemably disunited, corrupt and on a slippery slope to Somalia. The only possible way to bring down a brutal dictatorship is through popular revolution, the kind of which IPOB is spearheading not ballot box, because dictators never play by the rules of the game.
This version of Nigeria our colonial masters Britain created in 1914 has turned into an uncontrollable, unaccountable monster intent on devouring every living being unless the masses rise up now to defend their right to exist as free beings under liberty and the rule of law. IPOB has proven and will continue to provide a platform for disenchanted and disenfranchised citizens- regardless of ethnicity and religion, who believe in the irreducibility of fundamental freedoms such as liberty, right to self-determination, free speech and right to peaceful assembly.
IPOB is the only movement with the mettle, presence and clout to put a halt to the charade called elections in the South-South and South East in 2019. The manipulation of electoral outcomes by the corrupt ruling class must be put to an end next year. This is a golden opportunity for all lovers of freedom and liberty to effect a positive and lasting change.
Voting in a bunch of hardened semi-illiterate people into power in Nigerian elections has never benefited anybody. Thankfully a majority of Biafran people have come to the full realisation that only a total and complete boycott of elections in South East and South-South can disorganize Nigeria sufficiently enough to pave the way for a peaceful referendum to be conducted or they face the unpalatable option of a chaotic disintegration of the country.
Our demand as IPOB is very simple. We want self-determination through a peaceful and democratic process which is referendum or the world will bear witness to the unavoidable cataclysmic implosion of Nigeria with millions of people dead and the inevitable tidal wave of black refugees heading to Britain, Europe and the United States. Britain must think and act fast before it’s too late.
COMRADE EMMA POWERFUL MEDIA AND PUBLICITY SECRETARY FOR IPOB.
Published by:
Chibuike Nebeokike
Facebook
Twitter
LinkedIn
PrevPreviousBuhari’s Hypocritical Speech at The Hague, and His Continued Extra Judicial Detention of Dasuki, El-Zakizaki
NextThe Rejoiner; “Blame Game Over Kanu’s Whereabouts” Futile Attempt By State Sponsored Agent Exposed – IPOB Press ReleaseNext