IPOB Press Release!!! MUHAMMADU BUHARI AND AND HIS AGENTS CAUGHT AGAIN LYING THROUGH THEIR TEETH 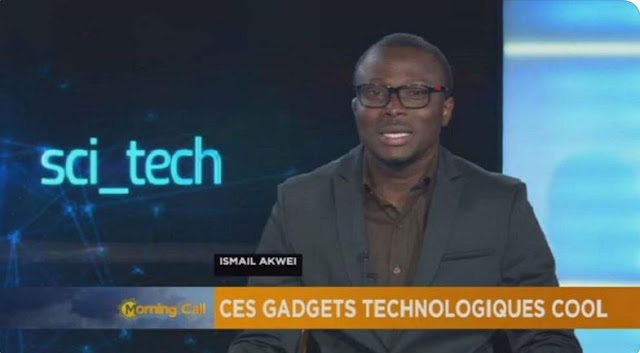 December 30, 2016
Press Statement
As Retired Major General Muhammadu Buhari and his agents are running out of ideas on how to tag the Indigenous People of Biafra (IPOB) a terrorist organization in order to justify before the international community the laughable secret trial of IPOB leader Nnamdi Kanu, they have once again been caught “pants down“ in one of their lying schemes. On this occasion, Buhari has paid media organizations to concoct a story on the arrest of a Biafran from the Igbo-speaking area who is planning to bomb a bridge in Lagos. Unfortunately, Buhari’s media client did a very poor job of his assignment, thereby leaving a gaping hole in the entire story that could make Buhari call for the return of the money he paid to the media organization.
On the 29th of December 2016, Ismail Akwei, a Ghanaian journalist, reporting for Agence France-Presse (AFP), titled his news as follows: “NIGERIAN POLICE SAY THEY HAVE FOILED A BIAFRAN SEPARATIST ATTACK.“  On the main news itself, Ismail Akwei stated that “Nigerian police said on Wednesday [December 28, 2016] that it had foiled a bomb attack on one of the main bridges in the economic capital, Lagos, planted by a separatist group. After a long and difficult surveillance, the main suspect, Abiodun Amos, alias Senti, leader of the group trying to bomb the Mainland Bridge in Lagos, was arrested on November 2, 2016 with two AK-47 assault rifles,”
Continuing, Ismail Akwei also reported that “The main suspect is an Igbo, a native of the Ese Odo region of Ondo State. He is an expert in explosives, a specialist in the manufacture of large scale explosive devices for terrorist purposes.” He concluded his story by asserting that “The leader of the Igbo separatist group provided information leading to the confiscation of two cartons of explosives and 125 detonators in the trunk of a car ready to be driven towards the bridge.”
In the first place, it is horrifying that a respected media organization such as AFP (founded in 1944) will hire and retain the services of incompetent and unethical brown-envelope journalist like Ismail Akwei. It is also shocking that this story was not cross-checked by the Editorial Board of AFP before going public. Given the caliber of seasoned administrators at AFP such as Emmanuel Hoog and Michele Leridon, we expect them to hold their employees accountable for ensuring due diligence and exactitude in their reportage.
It is laughable that an Igbo “separatist group leader“ trying to bomb the bridge goes by the name ABIODUN AMOS. Also, this same Igbo “main suspect“ is a native of Ese Odo region of Ondo State. So, Igbos are now natives of Ondo state and, by inference, Ondo State is now a part of Biafra? I believe anyone reading this press statement is beginning to understand the schemes and lies of Buhari which he is using Ismail Akwei of AFP to perpetuate.
We continue to warn the world that Buhari and his Nigerian government is a bundle of congenital liars. Instead of finding a panacea to the deteriorating economic conditions of the British criminality and creation called Nigeria, Buhari is spending stupendous amount of resources cooking up new lies against IPOB and their leader, Nnamdi Kanu. For how long will he continue, unsuccessfully, to deceive the world? Is it not about time Buhari and his lying crew swallowed their pride and called for a Referendum and settle this matter once and for all? Why waste tax payers‘ money and other public resources in trying to chase a wild goose?
The IPOB strongly urge everyone to disregard this latest lie from the pit of hell which was unfortunately delivered through AFP. Muhammadu Buhari is desperate because he is running out of time, having realized that the restoration of the nation of Biafra is an unstoppable and irreversible process. We advice discerning persons to consign the AFP report to the dustbin which is its rightful place. IPOB is a peaceful, non-violent organization with a singular objective of the peaceful restoration of the nation of Biafra.
Signed
Spokespersons for IPOB
Facebook
Twitter
LinkedIn
PrevPreviousBiafra: Sir Frederick Lugard biography was a British imperialist and colonial administrator of Nigeria
NextIPOB Press Release!!! NEW YEAR MESSAGE TO BIAFRANS: 2017 IS A PIVOTAL YEAR TOWARDS BIAFRA NATIONHOODNext