Outline of History THE PORTUGUESE CONNECTION TO BIAFRA the leaves of a tree cannot survive without the roots of the tree. 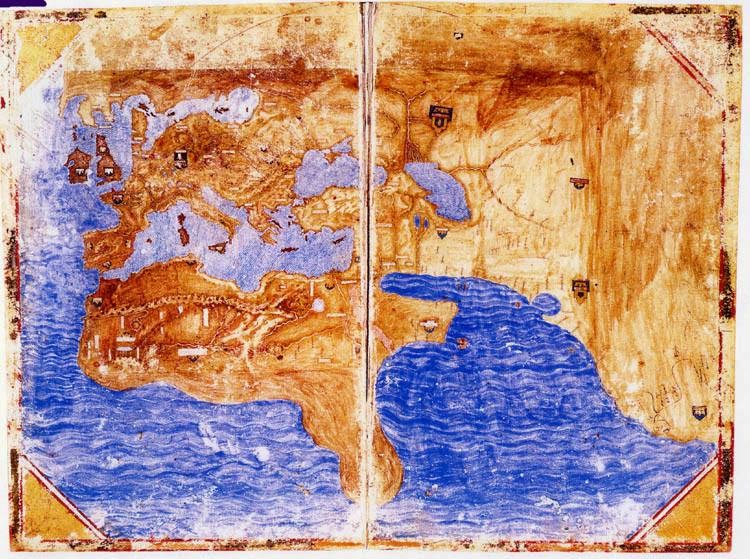 Many of us are interested in the pre-history of Biafra and its events. When we read any West African history in particular there are contradictory accounts, and its not always clear to differentiate between mythology and history. As we progress and more archaeological and historic research is acquired we will have a clearer factual account. I personally find it exciting to bring pieces of history together, I search for only the proven history that which emanates from written historical records.
THE PORTUGUESE CONNECTION TO BIAFRA
In 1454 Pope Nicholas V gave exclusive rights to Portugal to explore and conquest the African sea routes. Later because of a Columbus voyage that touched the Indies by a western route there was a dispute between the Spanish, the British and the French who had claimed they had used the routes before 1380 but this was not proven and Pope Alexander VI settled the dispute by a Papal Bull on 4th May 1493 giving Portugal the influence over a line drawn north and south a hundred leagues to the west of Cape Verde Islands, and the Spanish extended to the west of the line. So West Africa and what we are looking for Biafra and the Gold Coast were under Portugal influence for now until the soon decline of papal rule. The coast lines had been explored by the Europeans prior to this date as it is shown on The Medicean map of 1351 and 1356 at Florence, known as the Laurentian Portalano (sailing directory).
In 1472 the King of Portugal sent the ship Fernao Gomez to explore the coast lines and the Gomez reached LAGOS and this was the “first” recorded history that Europeans set foot in what was then Biafra, (yes on the old maps Lagos and Benin were part of Biafra and the capital city was in what is now Cameroon but we can argue this later, just keep an open mind as a lot has been bastardized over time). In 1481 British explorers tried to set out for Benin but the King of Portugal protested and under papal rule they were denied the voyage. In 1485 Jao Affonso d’Averio a portuguese made the journey to Benin to meet with the Oba and he was well received and not only gave them lots of pepper the Chief of Ugwato (the port of Benin) went to Portugal with the ship as an ambassador to the court of Portugal. The Portuguese loved the pepper it was good for the cold dull winter diet but the King never encouraged it as he had good relations with india trading for spice and didn’t want to cause any rivalry. The Oba/Chief had told them of the Yourba race in the interior lands and that the King of the interior lands was a white man a christian who would send slaves for them along with jewels in a cross, however the portuguese went to find this mythical King and it was never concluded so they took it to be a myth. The Portuguese ventured far up the cross rivers to lead mines in Abalkaliki. Jao Affonso d’Averio died on the Coast and he had spoken of the magnificence of the City of Benin in those days and the excellence of its art in brass and wood.
Jumping forward in time a bit, thou there is documented history on the explorers in the years in between and battles but I’m trying to keep concise and to the relevant parts..
In the years around 1700 in Benin there was a great warrior by the name of Chima he quarreled over the then kingship and took his followers and led them eastwards to the Niger where they divided into two groups one crossed to Onitsha and the other went down to Aboh (Delta). It is then noted (**please also note) that the Obi of Onitsha recognized the Obi of Aboh as his close relation not only his brother but his senior brother. Later as years went on and on the people begrudged to admit this and the relationship faded.
In 1644 Portuguese priests from Sao Tome Island visited King Mingo of Warri (Delta) and they tried to persuade him it was not good to have so many wives and that he should give them up, so the King agreed to the proposal and told them he would give up his wives only if they gave him one good one “a white one”. The priests agreed this was the only solution they returned to Sao Tome and persuaded a Portuguese woman from Sao Tome to marry the King and they did and they had many sons which there are authentic reports later of the mulatto Kings of Warri.
(Explains a little.. more history to follow as I search for and explore many records).
Facebook
Twitter
LinkedIn
PrevPreviousEUROPEAN EYEWITNESS ACCOUNTS OF KILLINGS OF BIAFRANS IN 1966
NextThe day of Atonement starting on Friday 3rd of October and ending on the Saturday 4th October eveningNext