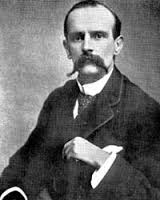 OBJECTS OF YOUR JOURNEY WEST

The last sentence conveys the objects of your journey. France has obtained a few treaties with powerful chiefs on  the strength  of which she claims im­mense regions in the great bend of the Niger, known in France as ‘le boucle du Niger’. Yet although her own rights in these vast regions are so slight and unfounded, she sends her adventurers into a recognized British Sphere to make treaties with persons who are undoubtedly subjects or tributaries of kings having treaties with England, and she defends this policy in the only possible manner by asserting the independence of these Subjects or tributary princes.

I do not think that in your journey westward you will need to follow her example; as it is probable that great numbers of tribes and States are really quite independent of the chiefs with whom the French explorers have made treaties. I do not for a moment anticipate that you will be able to found a continuous British Protectorate from the Niger to Long. 4° W. It will be sufficient to secure great numbers of small regions, which can be reached by strips (however narrow and however circuitous) either from Gandu or Borgu or Illorin or the Gold Coast Colony-including the Neutral Zone, over which free transit exists. Your objects will therefore be as follows:-

(a) In places where the French pretend that they have made treaties, to obtain a written declaration from the rulers that such statements are false, and then to make treaties for us.

(b) In places where no such pretense has been made, to secure treaties accompanied by a short declaration that no previous treaties have been made with any European. Wherever  you cannot  obtain  a written  declaration in Hausa, or some other language which your interpreter  can read, you had better have the verbal declaration written in English and after carefully ex­ plaining each point to the Chief: ask him to set his X to it and have that mark duly attested by your companions.

direction) of the jurisdiction of all the above places, so as to enable the fullest claims to be made for British rights and proper limits to be set to the preten­sions of France.

(d)To collect general information of every kind about the regions you visit, which you will remember is one of the most important objects of your expedi­tion, but especially to make inquiries as to the existence of gold, either alluvial or in reefs, and to bring home for investigation any specimens of rock or sand which the natives assure you contain gold. The gradual lightening of your loads as you proceed will enable you to do this on a considerable scale.

(e) To check Mr. Mottram’s astronomical observations by your own cal­culation of your marches, and to insist on his taking as many independent observations as possible in each place so that mistakes can be rejected

(f) To urge on all chiefs and men of influence the importance to them of Europeans bringing goods to their country, which can only be done if they sign the treaties.

(g) To obtain from natives and especially from caravan men (Hausas and others) the greatest possible number of lists of itineraries, with the number of days march, from every town of importance to every other. These lists cannot be obtained from too many independent persons, so as to enable us to reject those which differ too widely from the average.

(i) To remember, above all, that diplomacy and not conquest is the object of your expedition westwards. The French Press for the last six years have inces­santly boasted that French officers and travellers, with (or even without) a single French companion and with very few native carriers and armed men,

are able to cross new regions peacefully, and acquire valuable treaty rights where Englishmen can only make their way by force, leaving behind them a hatred and fear of Europeans. I do not for a moment admit the truth of this; but it is possible that, in regions where Europe has absolutely no military power, the gaiety, cajolery and sympathetic manner of the French have more effect in obtaining treaties than the sterner and colder manners of our coun­trymen. I suggest this only to emphasize the fact that in your expedition west, the exercise of force cannot further your objects, but must on the contrary prevent them being attained. On the other hand, it is vital that by constant vigilance, entrenching yourself and other precautions, you should secure yourself against treachery and violence. The above remarks are made not because you, with your experience, need them, but only to discharge our Council of a heavy responsibility.