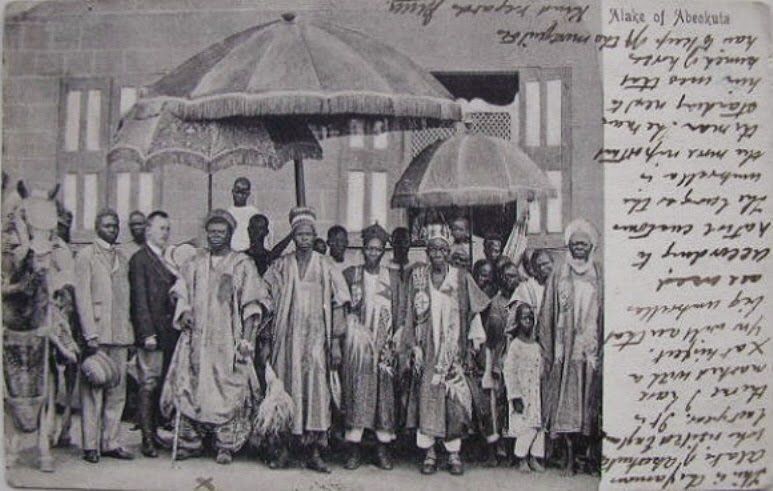 6th [November 1894]
At last the Caravan book is complete. The Long Roll contains every man’s name-soldiers, Hausa-porters, Yorubas, and Nupes, Headmen, Interpret­ers, Horse and donkey attendants, servants &c; all advances are entered, each man and also date of engagement. Every man is shewn who left Jebba with us. This agrees with the ‘Present State’ which is completed and done to October 31st, shewing all changes. The Itinerary of each day is written up to date. All orders signed by me on Jebba Store are shewn in their place. Private accounts of Europeans also. The barter goods are balanced to October 31st. The treaty presents are tabulated and issues noted-this will be balanced quarter6•• Once well started it will not be difficult to keep it written up accurately, and it will save a lot of useless book-keeping work. It forms my own personal record and check on every detail of the expedition. Entries are made by myself and the book kept by myself, and no expenditure of a single cowrie is authorised unless passed through it.  At the final paying off of the expedition I can account for every single thing.
I sent Joseph and Omoro to the King early this morning with my salaams
And to make an appointment for me to come and see him formally at mid-day today. They returned to say that whenever traders and people had come here they had always sent a present to the King and unless my messengers brought a present in their hands they could not be received. The Liman sent a private message to say he was going to see the King, and would do his best to explain
&c. I replied that we had not come to trade, but to make friends. We had
Come at the wish of the King himself and guided by his own Envoy, we were guests. If we had brought goods for trade it would be a different matter, we should then desire to remain here a long time, and make profits. We merely wished to make friends and pass on, and as I had already told him, if he did not want us we would have gone elsewhere. As guests it is always the custom-which has happened to us everywhere-that the King sends us some food for the night-nothing had come. Of course the King would receive a present, before we went, if everything went well. Omoro again saw the Liman first as he was going off to see the King, and told him what I said, and asked him from me, to come and have a talk with me. He said he would come secretly by night.

17th
Nothing to do but wait until His Gracious Majesty shall be pleased to summon us to an audience. We sent salaams to him early by Joseph. Worked very hard all day at various camp jobs, made the magazine for sporting amtn, collecting box, canvas hold-all for tools, &c.
In  the afternoon a summons came from  the King about  4 P.M. Went  up with Watts, who is still very shaky with fever, and we were kept waiting in the sun  for  nearly  half  an  hour.  I got terribly out of patience. It is a radical mistake, this abasement of the European before very petty African chieflets. I would not be treated so at any Government Department in England. I brought the scarlet coat emblazoned with gold lace and stars and foolery, but I wrapped 1t up in a towel and only put it on at the door. I detest this mummery, it is more irksome to me to dress myself up like a Punch and Judy show than to visit a dentist. The King of all the Bussas turned out to be a specially dirty and mean-looking savage, seated on a filthy and greasy carpet and Musnud, surrounded by a group of ordinary savages. The door-ways were blocked with gazing crowds of naked girls and semi-nude women-sheep, goats and fowls wandered about. And this man is subsidised by the Royal Niger Company to the tune of £50 a year. And on his whim the representative of the Company has to stand in the sun and wait, with fever on him! &c. At Rome we must do as the Romans do, but my heart sinks at the thought that I must submit to such customs and indignities for another year! On entering no-one made way for  us, and  I  asked  somewhat brusquely  if he  could  not  provide  a chair. Thereupon he sent for one, and I sat opposite him. He made no courteous overture-and on a former occasion had refused Watts’ hand when he offered it! I said I had been sent from England to make friends with Kings here, and had come to him first, on my return I should report of his friendliness &c.
This was only an official and formal visit, would he name a time when I could see him privately and say what I had to say. He said he would let me know-I thanked him for his hospitality, (he has not sent us a single yam I believe!) and with many polite phrases I withdrew. I had intended going shooting and was promised a guide, but he turned up to say it was too late, the place was far &c. and I must wait till early tomorrow. With an ill grace I had to do so.