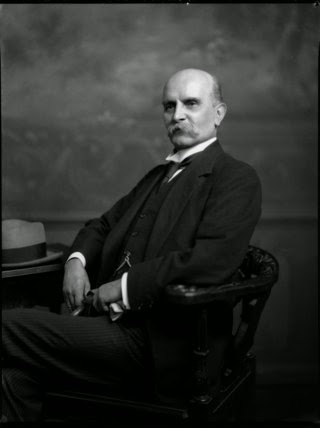 A fowl and salutations from the Liman. Then another ‘King’s son’ to visit me. Then a man to complain that my men had stolen food and yams from his fields. I made the Crier cry round camp that any man caught stealing from the natives or forcing women-for there was also a complaint that the men pre-tended to buy, and then got the food from the natives and refused to pay, and also tried  to get  the women into the  bush-should get 70 lashes (my old punishment  in East Africa).

That in this matter there was one law for every man in the caravan from top to bottom-Headmen, soldiers and porters alike. I begged the natives to catch a man in the act and bring him to me, or to run and tell me when it occurred so that I might catch the man.

I gave the plaintiff a piece of cloth, warning them at the same time that it was useless in future to come to me for compensation unless they caught the thief. 1 was wondering only last evening that I have had no case of this sort, for food is expensive and hard to get, and these long halts always result naturally in the men tampering with women.

I n East Africa my halts were always employed In building stockades and the men were very hard worked.
At the same time I sent out a corporal and 2 men in the direction of the nearest fields-they caught a man stealing in the act. He got a handsome flogging straight away, before the whole caravan. The Crier then went round again saying that was what every man would get who was caught stealing from the natives.

I also gave orders that the Sergeants on duty should send out a patrol continually every day to catch such thieves. I said I was very pleased that they had caught this man, and if they caught more I should recognise that they were doing the work for which they were here-viz. helping me to enforce the law of the Expedition.  If not then 1 should order them daily parades, and fatigue duties while in camp.

There has been a great improvement the last few days in the C.S.T.-I only hope it may continue. It came about thus. On arrival at Wenn I called Bela­ribe, and told him that I had not done with the matter of his reply regarding their rations the day we left Yashikera. That after bothering me to buy their rations because they thought I should not be able to buy the amount with the cloth issued, he had had the insolence to come and say that now it was bought (and was the full ration) they could not carry it.

If I gave them their ration a day in advance they said they could not carry it, if I waited till arrival in camp, and till I could then buy, they complained of delay. If l gave them cloth, they complained they could not get the rations; if I gave them yams, they said I favoured the porters, who could with their cloth buy varieties of food. Of all this I was heartily sick. He himself told me that the men troubled him greatly, and would listen to no orders.

Though pleased with him as an individual, he was worthless as a Sergeant. I pointed out how that very day my orders had not been enforced. Porters allowed to pass in front of the advance guard, the loads laid out late &c. I would promote Abdr Rahman as senior sergeant, and see if things went better. Belaribe was in a great state of agitation. Said he had been 9 years in the C.S.T. and never a fault before &c. He also said-and it appears to be the case-that Abdr Rahman told him to go with that message to me.

As Abdr Rahman did not deny this, I said I could not promote him over Belaribe for a fault in which he was equally a participator so things should remain as they were, but unless orders were better obeyed the matter would only be deferred. Since then I have not seen Belaribe’s face. He has utterly collapsed, and Abdr Rahman has represented him, on the plea I believe that Belaribe has toothache, and things have been much better.

I wrote letters most of today, as I shall send back mails by the Kaiama guides and envoys. Mottram hard at observations trying to find the cause of the collapse of his longitudes. The latitudes are apparently right. Sosoon as he has got some clearly worked out, I am going through them with him.
In the evening the late King’s son came to see me, with a very unprepos­sessing crew.

Also a small present from the Magija (chief woman adviser) a personage who seems to be a great swell in all Borgu towns. Each of these’princes’ &c. brings a fowl and from 6 to 15 yams, and I have to give a piece of cheap cloth,  and even that  is so little  that  I am on  renter-hooks lest the recipient should enact the role of the Beteh man. The present, however, is not worth half a piece at purchasing price, and this runs away with our cloth, about which I am getting very anxious indeed.

The Nupes ration is due today, and there was a rumpus. Food is hard to buy here, and after careful inquiry I found that the utmost I could make a piece go for, was tor 5 days (instead of 6 as at Yashikera) between 8 men. This the Nupes refused, and so did the Yorubas-so I had the cloth done up again. Tomorrow the Hausas’ are due. I sent for Derrie and asked him if the Hausas intended to try the same game. He said that the Hausas knew that I had to calculate how far my cloth would go, and provide against starvation in the future. Whatever I gave would be accepted without a word and made to last. I told him to go and tell the men that a piece would be given for 5 days. 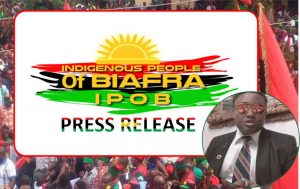