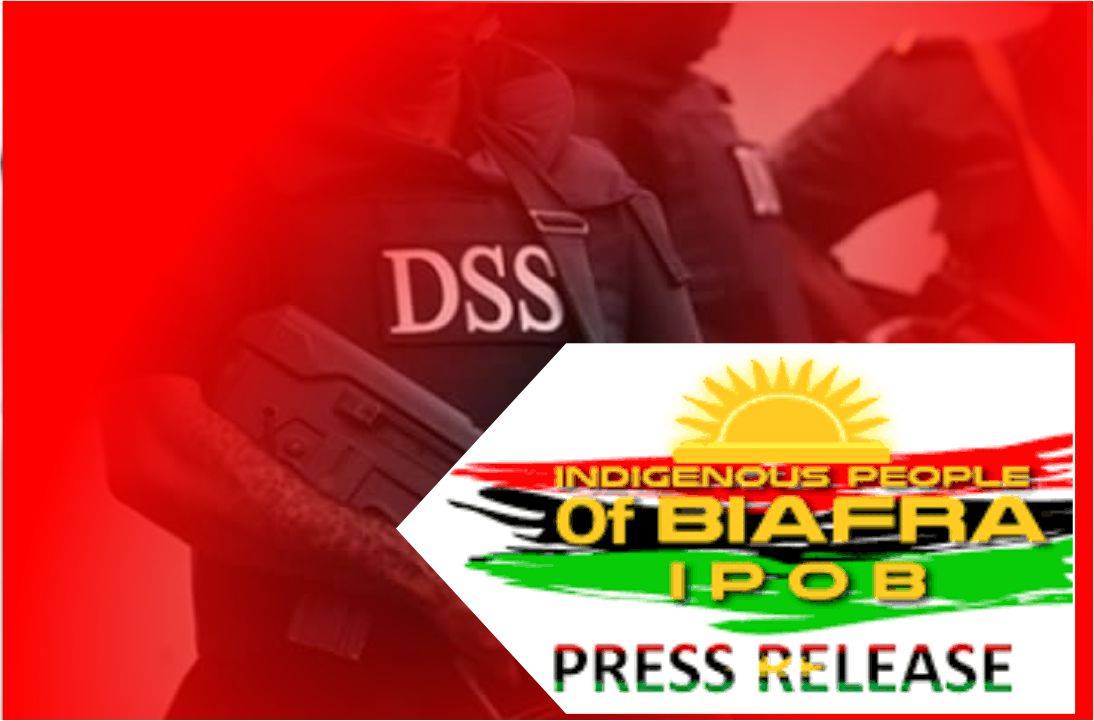 IPOB PRESS RELEASE
October 02 2021 | IPOB
Following the sit at home order on October 1st 2021, we the global family of the Indigenous People of Biafra (IPOB) ably led by our great leader Mazi Nnamdi Kanu wish to place every resident of Biafra on red alert over plots by the enemies to unleash mayhem on innocent citizens under the guise of enforcing the sit-at-home order. Our volunteers and security operatives should be on alert in every part of Biafra land. We realize that some hoodlums working for our enemies would want to capitalize on this order and attack people and turn around and blame it on IPOB.
IPOB through its intelligence units has discovered that the Nigerian establishment working in cohort with the Fulani Oligarchy has activated their second phase of their plan to take over Indigenous people’s ancestral lands. Dr Mailafia who revealed this plan of the Fulani to start targeted killings of prominent Southerners has commenced in earnest with the gruesome murder of Dr. Chike Akunyili. They will commit these murders and hide under the name of unknown gunmen to attack more innocent and prominent people during the sit-at-home. We are raising this alarm so that Biafrans and residents of Biafra will beware of this evil plot by these blood suckers. They want to go on killing spree in Biafra land and blame it on IPOB. Everybody will have to be cautious because the enemies are here with their agents of death.
These vampires who murdered Dr. Chike Akunyili two days ago still want to sustain their murderous campaign in Biafra land but they will meet their waterloo. Our intelligence has revealed that they want to commit more atrocities on October 1st and blame it on IPOB. According to the intelligence, these blood suckers want to also attack children in Biafra land to create the impression that IPOB is now attacking school children. Killing is never part of our mandate.
Contrary to campaign of calumny sponsored by our enemies to demonise us, IPOB has no hands in the orgy of attacks in Biafra land. We have no pleasure in attacking or killing our people. The ultimate intension of the masterminds of this barbarity is to make Biafra land especially South East as insecure and porous as the terrorists-infested Northern region.
We therefore want to place our people on red alert over the plot by our enemies to destabilise our region. This has become necessary following the recent revelation by a South West Governor that a Northern governor is exporting bandits from the North to other parts of Nigeria. Bandits have taken over the whole North and they are now trying to replicate such in our land, but we must resist them.  It’s now obvious that Fulani terrorists are everywhere and perfecting the war of jihad in our land.
This season calls for more vigilance among our people. We must all synergise as a people to provide security for every resident of Biafra land. We won’t allow our enemies to create the atmosphere of fear and terror in our land.
We are holding the Nigerian state and some politicians from the Northern part of the country and their fellow politicians in Biafran land using DSS and sacked SARS officers accountable for the festering insecurity in our land.  They are responsible for the senseless killings going on in Biafra land particularly in Anambra and Imo states.
It is on record that Gov. Akeredolu of Ondo State warned everyone in Nigerian especially the South about the evil plans of some elements from the North exporting Fulani terrorist and bandits to the South but it fell on deaf ears. Why have the DSS, Army, Police, NIA and other security agents failed to investigate the revelation? They pretend as if nothing is happening because they are all involved in the evil plan to kill and slaughter Biafrans and Southerners at will in the name of gunmen. Why Fulani bandits are wiping out Christian communities in the North as being currently witnessed in Southern Kaduna and Jos, the terrorists in security uniforms are carrying out genocide in Biafra land.
We are making it clear to all and sundry that if nothing is done to stop this senseless killings in our land by the enemies of Biafra, we will have no other option than to order ESN to leave the bushes and forests to towns and villages to flush out the Northern exported killer terrorists who are bent on killing and slaughtering our people in the name of unknown gunmen while mischievously blaming their atrocities on IPOB and ESN operatives.
We are calling on everybody in Biafra land to join hands and support IPOB and ESN to flush these murderous killers ravaging our land particularly Imo and Anambra States. Enough of this madness.
COMRADE EMMA POWERFUL MEDIA AND PUBLICITY SECRETARY FOR IPOB
Published by:
Chibuike Nebeokike
For: IPOB
Facebook
Twitter
LinkedIn
PrevPreviousIPOB Intelligence Unites (M. Branch) Identifies Those Behind The Senseless Killings In Biafraland
NextWe Thank All Those Who Complied With Our Sit-At-Home Order – IPOBNext