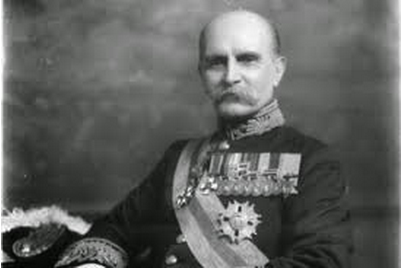 The Royal Niger Company, Chartered &Limited, London, W.C. 2 July 1894.
Dear Capt Lugard,
Before we come to a final arrangement, it is necessary that I should put formally before you matters relating to your position and duties, which 1have already referred to in conversation.
The Company, ever since its foundation, has been engaged in a work-that of opening up tropical Africa-which a great number of persons still be­lieve to be impracticable. The Company believes it practicable on one con­dition; namely that, in view of  the difficulties resulting from  the climate, the difficulty of access to inner Africa, the barbarism of the populations and other abnormal causes, abnormal energy, persistence, patience and, above all, discipline should be displayed by all the officials of The Company from the Governor and Council down to the junior Customs clerk. Engaged in J campaign against natural and other forces which would overwhelm us if we made mistakes, it is essential that every person working for The Company should observe the same discipline that is expected from an officer on active service.
The two greatest dangers at home are the apathy of public opinion, as a general rule, about western Africa, and the excitability of public opinion, for short periods, when led astray on some popular hobby, by one sided or exag­gerated reports.
This latter danger can only be averted by the discipline to which I have
above referred. Every official of The  Company, whether  a member of the Council or a judge or an Executive officer or a soldier is very properly bound not to publish, nor  to communicate  to anyone likely to publish, anything connected with The Company as a Government  or as a commercial society, or  the Company’s Territories  or  regions visited when  in The  Company’s service, without the previous assent of the Governing Body of The Company.
You will understand that in the difficult and complicated game which The
Company is playing, every move of which has  to be calculated with  the greatest care, it would be intolerable that any individual should be allowed to
be the judge of what he might (directly or indirectly) publish or communicate to other persons than the Council of The Company.
But whether you agree or not with the necessity of the above policy, 1must on behalf of the Governor and Council, make it quite clear to you, in this formal and official letter, that The  Company cannot  make an exception in anyone’s favour, and I shall be obliged by your returning me this letter with its appended assent on your part. I will then send you a duplicate to keep.
There will be no difficulty about your publishing books or delivering ad­dresses after your return, provided that all proofs are subject to the revision of the Council.
I am, &c, &c,
(Sgd) George Taubman Goldie, Deputy Governor.

[Printed letter enclosed]
London    r8
Dear Sir,
In accordance with an arrangement adopted with other officers of The Company, J shall feel obliged by your signing the letter annexed to this and returning the whole to me. You will probably understand why this is desir­able, but I think it only proper to state in writing why these conditions are necessary·. With the Governments of European States it is an understood thing that their officials o re bound to keep inviolate, as a matter of honour, all matters  that  come officials to  their  knowledge. The principle should of course apply equally to the Government of the Niger Territories, authorized by Royal Charter, but it is quite conceivable that some person in The Com­pany’s service might, in the event of a dispute, commit indiscretions and salve his conscience with the plea that it was not a Government he was serving, but only a Trading Company. Moreover, some of the clauses of your agreement relate to matters about which a Government does not, as a rule, trouble itself: In Europe, as a rule, a judge is nothing but a judge; an administrator has only administrative work to perform; a soldier, only soldier’s work; a doctor, medi­cal work; and a trader is only a trader. But in Central Africa, where every European  is, more or less, thrown in contact with all manner of people, it might happen that the judge or the officer might have some important dis­covery communicated to him; or might be, out of policy, compelled to receive valuable presents from some native prince; or, if exploring either the Territo­ries or the extra-territorial regions, he might be able, and if able, might find it desirable to conclude important agreements with native chiefs or individuals.
The Company is most willing to reward liberally all such discoveries or all such advantages gained for it so soon as they produce actual pecuniary remits, but it holds jealously to its sole and entire proprietary right in such matters.
With reference to the engagement  not to divulge matters to any outside person, official or private, it must not be imagined that The Company has any desire to hide its actions under a bushel, but it claims and insists on its right to state its own case. What, indeed, would otherwise be the effect of a number of Judges, Constabulary Officers, Executive Officers, Trading Agents, &c., all contradicting each other, or splitting up into factions in newspaper squabbles, or in communications to other Governments? With reference to pamphlets, books, &c., I have no reason to doubt that whatever you might write would pass the necessary revision in this office with but little alteration; but it is only fair to say that there are a great  number of matters on which it would be decidedly inadvisable that anything should as yet be published.
Like other officials of The Company, you are bound to comply with these
Restrictions under ‘liquidated damages’ to the extent of £1,000, without preju­dice to the right of The Company to restrain a continuance of the breach of the agreement. While retaining their legal right to pursue you for damages, or to obtain an injunction against you, the Council rely more on your honour­ able pledge to fulfil to the best of your powers the conditions referred to, in spirit as well as in letter, even in the extremely unlikely event of a dispute or lawsuit occurring between you and The Company.
Yours faithfully,